by Pauliann Long
0likes
0 Comments
Good Morning Bloggers!
As a therapist, I have seen and worked with many couples and every relationship has it’s ups and downs. Successful relationships can sometimes be better understood if each person understands themselves better and how they emotionally relate to their partner and their relationship as a whole. Today, this article talks about those of us who can be classified as “self-loathers” and how we can see our relationships. It also briefly mentions how to help get past the fear of fragility in your relationship. It’s an interesting read, and just one man’s perspective.
If you feel this describes the way you are feeling accurately, and want to talk more about it, please feel free to contact me! Couples therapy is one of the things I specialize in.  If you are ready to change the way you feel, or talk-through some problems in your relationship, you can contact me through my website:

Self-Loathing People Fear the Fragility of Their Relationships
Does your relationship seem to be one mistake away from ending? 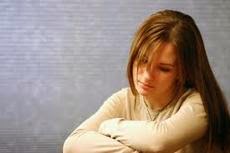 I’ve written several times before on this blog (here, here, and here) on the self-loathing—people who feel strong and constant feelings of inadequacy—especially as it relates to their relationships. In this post, I want to discuss how self-loathing people feel their relationships are very fragile, and what this means to them as well as to their romantic partners.
As I’ve said before, self-loathing people often feel they’re not good enough for their partners, dwelling on their own shortcomings, either exaggerating real ones or imagining… well, imaginary ones. This makes such people anxious that they’re wasting their partners’ time, keeping them from finding other people who are “surely” better from them than the self-loathing themselves are.

In many of my own relationships, when I’d screw up, even a little (though sometimes a lot!), I’d always think, “this is the end—now she’s definitely going to leave me.” Often I’d cry myself to sleep at night, thinking that tomorrow I’d be alone again. I wouldn’t even necessarily have to exaggerate my mistake; it would just seem like the final straw, the one that finally clues her in that I’m not worth it, and that would be it.

Why do the self-loathing feel this way? Maybe it’s because the self-loathing keep close track of our mistakes and shortcomings more than our partners do. Since we dwell on these transgressions, we remember them better (if not necessarily accurately), and those negative impressions just accumulate, whereas our partners often forgive our screw-ups. (They also recognize that they make mistakes of their own, which we dismiss because we likely feel we deserved them anyway.) We worry that our latest mistake will be the last one because we remember all the previous ones and still feel enormous regret and guilt for them—unlike our partners, who are much more likely to emphasize the positive in us (and realistically acknowledge the negative in themselves, while not dwelling on it as we do our own).

My advice for the self-loathing is to go easy on themselves—try to forgive your small mistakes as your partners do. As with anyone else, you will make big mistakes, and those must be recognized, regretted, and rectified to whatever extent possible. Those are the ones that may threaten your relationship, but not because you’ve screwed up in the past—rather, because you really messed up now. But don’t sweat the small things, because chances are that your partner doesn’t, and if the small things are going to threaten your relationship, it’s because you’re taking them too seriously, not your partner.

For those who love self-loathing people, my advice is similar to the last post: try to let your partners know that small mistakes are common, that you make them too, and if they can forgive you those, you can forgive theirs too. Be careful not to overreact to their little screw-ups, knowing that they will take your criticisms much too hard. And let them know—gently—that their small mistakes don’t bother you nearly as much as their guilt and anxiety over them, and that is actually what will drive you away in the end.

How Do You Make Real Changes in Your Life?