How to Cope with Personal and Global Uncertainty

Published on August 31, 2011 by Toni Bernhard, J.D. in Turning Straw Into Gold 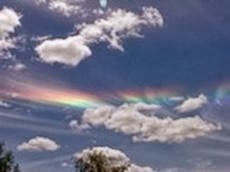 What do you count on as “certain” in your life? If you’d have asked me on May 21st, 2001, the day before I got sick with an illness that continues to this day, “Do you believe that impermanence and change are universal laws?” I would have said, “Of course!” After all, I’d been a practicing Buddhist for ten years and the Buddha referred to impermanence as a “mark of experience,” common to all human beings. We see it everywhere—in changing relationships, in changing political regimes, in the rapid-fire arising and passing of thoughts and moods.
If everything is subject to change, how can we be certain of anything? We can’t. And yet, despite years of immersion in the Buddha’s teaching, on that day in May of 2001, I felt certain of many things, including:

1. I’d be teaching for another 10-20 years and my husband and I would continue to take our treasured trips to Moloka’i where we’d rent the same secret hideaway I’d discovered in 1995.

2. My friends, Marla and Dick, would finish building their dream house on property they’d bought in the Sierra Mountains.

3. The World Trade Center towers would continue to dominate the New York City skyline, their image instantaneously identifying a movie or a television show as being set in The Big Apple.

Here’s how those three “certainties” turned out:

1. Wrong. I had to stop teaching and am unable to travel due to the illness I came down with the very next day—May 22nd, 200l.

2. Wrong. Several months ago, Marla and Dick were killed in a head-on collision as they were returning to their property in the Sierras.

3. Wrong. Less than four months after that May 21st date in 2001, the twin towers were reduced to rubble by terrorists who killed thousands of people.

What this past decade has taught me about uncertainty. Although our bodies are wondrous organisms (just contemplate the workings of your circulatory or respiratory systems), they are but flesh and bones and blood. As such, they are subject to unexpected and unanticipated incursions—by disease, by an oncoming car in the wrong lane, by those intent on doing us harm.

How to cope with life’s uncertainty:

1. Find the middle ground between the extremes of living in the delusion of certainty and living in fear and worry about the future.

When I got sick, Sylvia Boorstein (who wrote the Foreword to my first book) gave me Healing Lazarus by Lewis Richmond. In the prime of his life, Richmond was struck down with a rare life-threatening brain injury—viral encephalitis. He was in a coma for 10 days. In this remarkable book, he chronicles the devastating effect of the illness and his slow climb back to health.

One story he told had a profound effect on me. When he began to recover, he had to put his life back together. This meant learning how to walk and talk, resuming his career, and becoming an equal partner in his family life. During this long and grueling process, he suddenly found himself living in overwhelming fear and worry that something like this illness could happen to him again.

His therapist identified this fear as “catastrophic thinking” and told him that it was not an unusual experience following a trauma (for some of you, that trauma could be Hurricane Irene and its aftermath). Then she said:

Of course, any of those things might happen, to you or to me or to anyone, but we can’t live our lives in fear of them. We all must develop an assumption of safety that allows us to get through the day. I have three children, and if I allowed myself to worry constantly that one of them might be hit by a car, or could be kidnapped, I wouldn’t be able to function.

These words from his therapist have helped me immeasurably. I still get caught up in the fear generated by uncertainty: “What if something should happen to one of my family members and I need to be continually by their side in the hospital?” (I’m currently too sick to be able to do this.) “What if one of my children or grandchildren is at a shopping mall when a terrorist attack occurs?” When these fears arise, I remember what Louis Richmond’s therapist told him and I repeat her words to myself: “We all must develop an assumption of safety.”

This comment of hers has not only helped me cope with the uncertainty of this illness, but I’ve also relaxed about my children and grandchildren. I’ve wrapped them in an assumption of safety. It’s been tremendously comforting and freeing for me. After all, the probability is low that anything disastrous will happen. Of course we should take reasonable precautions, but catastrophes are the exception not the rule, despite the media’s constant focus on them. As Mark Twain famously said: “I’ve lived a long life and seen a lot of hard times…most of which never happened.”

2. Use Weather Practice to make peace with the fact of uncertainty.

I write about Weather Practice in my book How to Be Sick—in the chapter on impermanence. Physical symptoms, thoughts, and emotions are as changeable as the weather. They blow in; they blow out. When

painful emotions such as fear or worry blow in, we can learn to greet them as expected guests (they certainly do seem to invite themselves over). Resisting them is like resisting the weather: it won’t keep a storm from blowing in. It’s not personal. Like a storm, these painful emotions arise when certain causes and conditions come together. Then they blow on through, maybe even making way for a ray of sunshine in the mind!
The more we can greet fear and worry as simply the result of causes and conditions—some external to us (e.g., a hurricane), some internal in the form of our reaction to those external conditions—the sooner these guests go on their way because they lose their stranglehold over us when we see their impermanent nature.

I try to welcome each day as it is for me, uncertainty and unpredictability included. I use a phrase from the Tibetan Buddhist teacher, Pema Chodron: “Start where you are.” So, I start where I am—with this illness and with a world that is troubled-—while at the same time working to improve my health and the well-being of others.

Buddhist teacher, Joseph Goldstein, likes to say: “Anything can happen at any time.” This includes difficulties and even crises, but it also includes the possibility of a spontaneous recovery from illness or an unexpected laying down of weapons. In those precious moments when I don’t feel threatened by uncertainty and change, a great feeling of relief sweeps over me and I feel at peace.

I know now that on May 21st, 2001, I wasn’t prepared for what life had in store for me the very next day, or for all of us less than four months later. But, seeing deeply the uncertainty of life, I vow to treasure each moment of joy as if it were a rainbow that fleetingly appears when just the right conditions come together.
Note: The theme of this article is expanded on in Chapter 1 (“Change Change Change”) and in Chapter 18 (“Equanimity: Fully Engaging This Life as It Is”) of my book, How to Wake Up: A Buddhist-Inspired Guide to Navigating Joy and Sorrow.

Can you ever really catch up on sleep??