The Six Attributes of Courage

by Pauliann Long
0likes
0 Comments
Good morning everyone!
I hope that you were able to enjoy your Memorial Day yesterday. In honor of those who have served our country, and the courage they have, today’s article is about the six attributes of courage. It also includes some thought-provoking quotes. Enjoy!
-Inner Passages

Published on August 23, 2012 by Melanie Greenberg, Ph.D. in The Mindful Self-Express

Courage is something that everybody wants — an attribute of good character that makes us worthy of respect. From the Bible to fairy tales; ancient myths to Hollywood movies,our culture is rich with exemplary tales of bravery and self-sacrifice for the greater good. From the cowardly lion in The Wizard of Oz who finds the courage to face the witch, to David battling Goliath in the Bible, to Star Wars and Harry Potter, children are raised on a diet of heroic and inspirational tales.
Yet courage is not just physical bravery. History books tell colorful tales of social activists, such as Martin Luther King and Nelson Mandela, who chose to speak out against injustice at great personal risk. Entrepreneurs such as Steve Jobs and Walt Disney, who took financial risks to follow their dreams and innovate are like modern-day knights, exemplifying the rewards and public accolades that courage can bring. There are different types of courage, ranging from physical  strength and endurance to mental stamina and innovation. The below quotes demonstrate six different ways in which we define courage.Which are most relevant to you? In the last section, i present an exercise to help you define and harness your own courage.

(1)  Feeling Fear Yet Choosing to Act

“Bran thought about it. ‘Can a man still be brave if he’s afraid?’ ‘That is the only time a man can be brave,’ his father told him.” ― George R.R. Martin, A Game of Thrones

Fear and courage are brothers. — Proverb

I learned that courage was not the absence of fear, but the triumph over it. The brave man is not he who does not feel afraid, but he who conquers that fear — Nelson Mandela

There is no living thing that is not afraid when it faces danger. The true courage is in facing danger when you are afraid. — L.Frank Baum, The Wonderful Wizard of Oz

Being terrified but going ahead and doing what must be done—that’s courage. The one who feels no fear is a fool, and the one who lets fear rule him is a coward. ― Piers Anthony

Courage is about doing what you’re afraid to do. There can be no courage unless you’re scared. Have the courage to act instead of react.” — Oliver Wendell Holmes

“Passion is what drives us crazy, what makes us do extraordinary things, to discover, to challenge ourselves. Passion is and should always be the heart of courage.” ― Midori Komatsu

And most important, have the courage to follow your heart and intuition. They somehow already know what you truly want to become. Everything else is secondary.” — Steve Jobs, Stanford commencement speech, June 2005

“It takes courage … to endure the sharp pains of self discovery rather than choose to take the dull pain of unconsciousness that would last the rest of our lives.” ― Marianne Williamson, “Return to Love: Reflections on the Principles of ‘A Course in Miracles'”

(3) Persevering in the Face of Adversity

When we are afraid we ought not to occupy ourselves with endeavoring to prove that there is no danger, but in strengthening ourselves to go on in spite of the danger. — Mark Rutherford
A hero is no braver than an ordinary man, but he is braver five minutes longer. — Ralph Waldo Emerson (1803 – 1882)
Most of our obstacles would melt away if, instead of cowering before them, we should make up our minds to walk boldly through them — Orison Swett Marden (1850-1924)

“Go back?” he thought. “No good at all! Go sideways? Impossible! Go forward? Only thing to do! On we go!” So up he got, and trotted along with his little sword held in front of him and one hand feeling the wall, and his heart all of a patter and a pitter.” ― J.R.R. Tolkien, The Hobbit 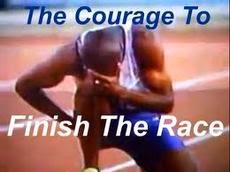 (4) Standing Up For What Is Right

Sometimes standing against evil is more important than defeating it. The greatest heroes stand because it is right to do so, not because they believe they will walk away with their lives. Such selfless courage is a victory in itself ― N.D. Wilson, Dandelion Fire

Speak your mind, even if your voice shakes — Maggie Kuhn, Social Activist

Anger is the prelude to courage. ― Eric Hoffer

(5) Expanding Your Horizons; Letting Go of the Familiar

Man cannot discover new oceans unless he has the courage to lose sight of the shore. — Lord Chesterfield

“This world demands the qualities of youth; not a time of life but a state of mind, a temper of the will, a quality of the imagination, a predominance of courage over timidity, of the appetite for adventure over the life of ease.” ― Robert F. Kennedy

(6) Facing Suffering  With Dignity or Faith…

“There is no need to be ashamed of tears, for tears bear witness that a man has the greatest of courage, the courage to suffer.” — Frank

The ideal man bears the accidents of life with dignity and grace, making the best of circumstances. — Aristotle

Until the day of his death, no man can be sure of his courage. — Jean Anoulh

A man of courage is also full of faith. — Marcus Tullius Cicero 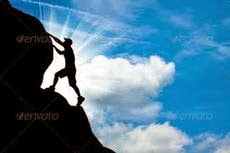 For this exercise, you will need a notebook and pen, as well as a quiet, uninterrupted space in which you can reflect.

Beginning with the first definition of courage, “Feeling Afraid Yet Choosing to Act,” answer the following questions:

Think of a situation as an adult when you felt afraid, yet chose to face your fear?

(a) What did you observe, think, and feel at the time? (e.g., “I saw the rollercoaster and felt butterflies in my stomach”).

(b) What did you or the people around you say, think, and do to help you face your fear? (e.g., “I told myself that if little kids could go on it, so could I”).

(c) At what point did your fear start to go down? How did you feel afterwards?

(d) Now think back on a situation in childhood in which you faced your fear. How was it the same or different than the first situation?

(e) Finally, think of a situation you are currently facing that creates fear or anxiety. What are you most afraid of?  (e.g., being fired if I ask my boss for a raise).

(f) Now, is there a way to apply the same skills you used in the two earlier situations to be more  courageous this situation. Remind yourself that you have these skills and have used them successfully in the past. What mental or environmental barriers stand in the way of using these skills? How can you cope with or get rid of these barriers?

About the Author
Melanie Greenberg, Ph.D. is a Clinical Psychologist in Mill Valley, California, and expert on Mindfulness, Positive Psychology, and Mind-Body issues , who has published more than 50 scholarly works. Previously a Professor in a Graduate Psychology Program, she is now a practicing psychologist, executive  and life coach, speaker, and media consultant. Dr. Greenberg provides workshops and speaking engagements for organizations,life, weight loss, and career coaching. and psychotherapy for individuals and couples.

The Three Types of Intelligence You Need For Success