When Emotional Trauma Is a Family Affair

by Pauliann Long
0likes
0 Comments
When Emotional Trauma Is a Family Affair
Trauma, once experienced, seems to never want to let go 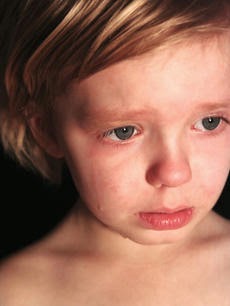 Published on May 5, 2014 by David Sack, M.D. in Where Science Meets the Steps

Trauma, once experienced, seems to never want to let go. It can burrow into our psyche, invading our thoughts, and unleashing mood swings, anger, depression and an exhausting sense of hypervigilance. Now, a recent study adds a disturbing new layer to our understanding: The behavioral changes that can come with emotional trauma are not only difficult to overcome, they can be passed down from generation to generation.
The study, conducted by researchers at the University of Zurich and ETH Zurich, attempted to pinpoint the processes underlying this “hereditary trauma.” This type of trauma has long been observed by psychologists, who saw that children can sometimes show the same behavioral issues as traumatized parents, even if that trauma occurred far in the parent’s past.

Using mice, the researchers discovered that traumatic stress alters the amount of what are called “microRNAs” in the blood, brain and sperm. This can lead to misregulation of cellular processes controlled by the microRNAs.

The traumatized mice showed markedly different behavior than the non-stressed mice, and these behavioral symptoms were passed on to the next generation via sperm, even though the offspring weren’t exposed to the trauma themselves. The offspring of the stressed mice also had lower insulin and blood sugar levels.

In an analysis of the study, Professor Isabelle Mansuy noted, “We were able to demonstrate for the first time that traumatic experiences affect metabolism in the long-term and that these changes are hereditary.” And these effects on metabolism and behavior went beyond immediate offspring, persisting even into the third generation.

The implications are troubling. Trauma has the power to reach out from the past and claim new victims. That makes it even more urgent that those affected by trauma are helped as soon as possible, before the body can sabotage itself and future generations.

Children of Veterans and PTSD

While the thought that heredity can play a part in trauma is startling, it’s not the only way trauma is shared across generations. Children of a parent struggling with post-traumatic stress disorder, for example, can sometimes develop their own PTSD, called secondary PTSD. In a sense, the parent’s trauma becomes the child’s own and their behavioral and emotional issues can mirror those of the parent.

Christal Presley remembers the stress of growing up with her Vietnam vet father – his constant talk of suicide, erratic moods and despair. It was years before she realized that his trauma had made her a PTSD victim as well. “That’s crazy,” she said in an interview. “How can I have symptoms of a war I never fought in?” The experience led her to write Thirty Days with My Father: Finding Peace from Wartime PTSD and to establish United Children of Veterans, a website that offers support for children of veterans with PTSD.

According to some estimates, about 30 percent of kids with a parent who served in Iraq or Afghanistan – about 1.5 million – are struggling due to their parent’s struggles with PTSD. And of course, trauma does not grow only from wartime; it can spring from any event – a personal tragedy, a crime, an act of terrorism, anything that has the power to disturb our emotional equilibrium. Trauma travels throughout society, as well as generationally.

Diagnosing trauma can be tricky, but there are a couple of faint silver linings for those whose problems warrant treatment. One is that several techniques have proven to be helpful, including talk therapy, which studies show not only helps diminish symptoms of PTSD but can actually reverse some of the stress-related alterations that can affect the brain and body.  Cognitive therapy and innovative virtual reality exposure therapy can also help. Another study found that trauma victims had less severe PTSD if they took a common blood pressure drug. Even more promising, research is ongoing that seeks to stop the effect of trauma before it starts. In one study, trauma victims were 40 percent less likely to develop PTSD if given beta-blockers with six hours of the incident.

Another silver lining is that the effect of a parent’s trauma on a child may not be universally negative. A 2013 study of individuals with Holocaust-survivor parents indicated they were less likely to suffer PTSD in the wake of a traumatic incident of their own. Researchers believe that’s because children of trauma survivors may acquire coping mechanisms that can help protect them in their own lives.

So what can be done to keep trauma from trickling down to future generations?

Help victims of trauma. Whether on the battlefield, in the community, in the court system or in the workplace, we need to have the mental health resources and commitment to quickly help those who have experienced trauma. And we must press on with research into ways to halt the effects of trauma before lives spiral out of control.
Don’t forget the family when treating the veteran. Military service comes with unique and often extreme stress, so it’s crucial that veterans and their families not be forgotten. What services are available tend to focus primarily on the veteran, but a University of Missouri study noted that treating “secondary traumatization” of spouses and children not only gives them needed help but can led to a better outcome for the veteran as well.

Be proactive in helping kids cope. Children of a traumatized parent should be helped to understand that the parent’s behavior is something that is neither their fault nor within their control. They should also have access to mental health resources and treatment. Perhaps most important, they should be encouraged to talk about what they are feeling. Trauma in the home can be confusing and frightening to a child, but it should not be ignored or viewed as a source of shame. Honest acknowledgement that problems exist coupled with positive action can help minimize the damage to young and old alike.
David Sack, M.D. is board certified in Addiction Medicine and Addiction Psychiatry. As CEO of Elements Behavioral Health he oversees a number of programs that specialize in treating emotional trauma including The Ranch in Tennessee, Lucida Treatment Center in Florida, and Malibu Vista women’s mental health center in Malibu, Calif.

The Three Types of Intelligence You Need For Success