Why Courage Is More Important Than Creativity: The first step of all innovations is destruction–and that takes courage

by Pauliann Long
0likes
0 Comments
Why Courage Is More Important Than Creativity
The first step of all innovations is destruction–and that takes courage.
Post published by Jeff DeGraff Ph.D. on Feb 02, 2015 in Innovation You 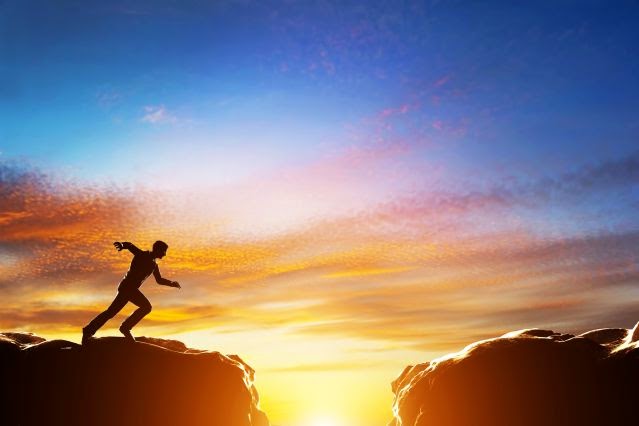 At these seemingly disastrous moments, the risks and rewards normally associated with innovation are reversed: you have a little to lose but a lot to gain. It is only when a firm is compromised that it truly engages its people and enlists them in their own survival. Out of the apparent chaos can come wildly generative energy.

This is exactly the situation I faced when leaders at a financial information services provider on the verge of collapse called me to help them navigate through their dire situation. I had worked with them five years earlier to develop an executive-training program. Back then, we discussed potential game-changing innovations over sumptuous meals in beautiful locations. The atmosphere was a carefree one–things were looking good. The disruptive future seemed too far away to warrant immediate action. Now, five years later, the organization was close to bankruptcy in an industry that was changing more quickly than they could keep up with. All the time they spent focusing on their current corporate clients and known competitors, they failed to pay attention to the trends emerging in the world around them and the wide array of small upstarts that were quickly capitalizing on these new opportunities. The company was looking for a new start.

They asked me to help plan their upcoming annual meeting. Usually an event held in a sunny, tropical place where the organization’s best and brightest could enjoy themselves as they celebrated their successes, the annual meeting this year would be something very different. We agreed to have the meeting at a renovated truck manufacturing plant in the company’s home city–a large open space with no chairs, where everyone would have to stand or move about to get their creative juices flowing.

We created a frenetic, experimental process where individuals from all levels and sectors talked through the five central problems that we collectively diagnosed: the speed at which the organization moved to adopt new technology, the development of a 21st-century workforce, the mining of big data, superior client management and a culture of innovation.

On the first day of the retreat, we approached the future in a three-step process:

We started with an honest evaluation of the things that worked and the things that didn’t work now. Instead of dwelling on the things that didn’t work, we focused on building onto the things that were already working.
We looked at macro trends–larger forces outside of the organization–in the world, specifically things that had both high probability and high impact.
We brainstormed initiatives and projects to run that would offset all the barriers we anticipated.
They conversation was hot and moved too quickly for many of these bright leaders who wanted more time to study the situation carefully. But there was not time. They needed to take action now. There was a deep sense of foreboding at the end of day one.

On the second day of our retreat, we determined precisely what kind of talent the firm would need to make all of these plans a reality. Everyone reported back to each other the concrete steps they would take as individuals in contributing to these larger efforts. They began to see real opportunities to reinvent the business and were gaining momentum. The mood had shifted from despair to possibility.

At the end of the summit, one of the organization’s most talented leaders stood up with a piece of paper that he originally intended to be his official resignation. He ripped the paper into many pieces and threw them all around him. The session had been so promising and encouraging to him that he not only abandoned all plans to resign but also publicly pledged to buy thousands of shares of the company. He sat down and someone else stood up, doubling his pledge. Next, one of the organization’s senior executives vowed to buy triple the shares. This continued as several others followed suit. The spark of hope spread through the room like a wildfire.

This story has both a happy and a sad ending. Rebuilding the company from the inside-out required major downsizing. This meant thousands of layoffs and massive restructuring. In short, the organization had to give up a lot in order to reinvent itself. The next three years were painful, yet the outcome was overwhelmingly positive. The company found itself once again at the top of the industry.

When things are good, there is little immediate reason to change your business, your customers and look beyond your current competitors. The perceived distance between now and then, cause and effect, makes the best of us delusional. This is why those of us who were once entrepreneurial find ourselves surprised when the next wave of innovators arrives to find out of position.

Innovation hurts. There is no way around this fact: innovation entails tough sacrifices in often drastic circumstances. It’s harder to stop doing old things than it is to start doing new things. The first step of all innovations is destruction. For this reason, innovation takes something much stronger than creativity: it takes courage.

Why Go to Therapy?