Why We Laugh: How laughter can help build resilience

by Pauliann Long
0likes
0 Comments
Why We Laugh:
How laughter can help build resilience
Published on January 23, 2011 by Alex Lickerman, M.D. in Happiness in this World 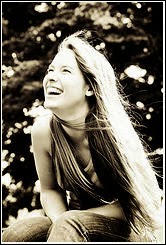 I remember horsing around once with my younger brothers in one of our bedrooms one Saturday morning when we were children. At one point, one of my brothers jumped off his bed, and as he flew up in the air, I flung a pillow at his feet.
“Ow!” he yelled when he landed, and gripped his foot. He started writhing on the floor in obvious pain. And, strangely, I started to laugh.

I remember thinking to myself that what had happened wasn’t funny at all—I was, in fact, extremely concerned, both that he might be badly hurt and that I had been the cause—but I still couldn’t stop laughing. Since then, my nervous laughter has recurred whenever someone has hurt themselves in front of me (falling on ice, down the stairs, off a ladder), my reaction as stereotypical as it’s been puzzling and embarrassing, leading me recently to wonder why it happens at all.

Interestingly, this same nervous laughter has been noted to occur in many psychological experiments when subjects have found themselves placed under a high degree of emotional stress specifically involving perceived harm to others. Perhaps the most famous of these experiments were those conducted by Stanley Milgram, who set out to discover why some people will blindly follow authority (the impetus being a desire to understand the behavior of soldiers in Nazi Germany). He brought in test subjects and asked them to deliver a series of increasingly powerful electric shocks to an unseen person (the “learner”) to see just how much voltage they would deliver before refusing to continue. An astounding 65% delivered the experiment’s final jolt of 450 volts, fully believing they were actually shocking the “learners.” (It turns out, they weren’t. The “learners” were members of Milgram’s team playing a role.) In the paper he published on his experiment, Milgram made mention of several subjects who began to laugh nervously once they heard screams of pain coming from the unseen “learners,” and suggested this was a phenomenon that deserved further study.

Neuroscientist V.S. Ramachandran theorizes in his excellent book A Brief Tour of Human Consciousness that laughter evolved as a signal both to ourselves and others that what may appear dangerous or threatening actually isn’t. As he writes, perhaps “…the rhythmic staccato sound of laughter evolved to inform our kin who share our genes: don’t waste your precious resources on this situation; it’s a false alarm.” If true, this provides a plausible explanation for nervous laughter. We’re signaling ourselves that whatever horrible thing we’ve just encountered isn’t really as horrible as it appears, something we often desperately want to believe.

This may explain why some psychologists classify humor as one of the “mature” defense mechanisms we invoke to guard ourselves against overwhelming anxiety (as compared to the “psychotic,” “immature,” and “neurotic” defense mechanisms). Being able to laugh at traumatic events in our own lives doesn’t cause us to ignore them, but instead seems to prepare us to endure them.

Being able to joke about a traumatic loss usually requires the healing distance of time, however. Losing a limb, for example, may make us suicidal when it first occurs, but with the passage of time we adapt to the loss and eventually may even find ourselves able to joke about it. What magic does the passage of time work on us that permits us to laugh at what once made us cry? Perhaps definitive proof that the alarm our loss raised when it first occurred was, in fact, “false.” After all, we survived it and became happy again.

Being able to face an old trauma with humor may very well then be considered a reliable signal of psychological recovery. Perhaps also, by extension, being able to laugh at a trauma at the moment it occurs, or soon after, signals both to ourselves and others that we believe in our ability to endure it (which is perhaps what makes laughter such a universally pleasurable experience: it makes us feel that everything will be all right).

LAUGHTER AS A WEAPON

In light of the above, perhaps laughter could be most properly considered as a weapon against suffering and despair. If we can joke about a disappointing or traumatic event, we’ll often find ourselves feeling that what’s happened to us isn’t so bad and that we’ll be able to get through it. This expectation serves two vitally important functions:

It diminishes or even eliminates the moment-by-moment suffering we might otherwise experience as a result of a traumatic loss, which
Actually makes it more likely we will make it through a trauma unmarred and flourish once again
A key question about laughter remains, however: does it create the expectation that we’ll be all right, or become possible only because we’ve found our way to a belief that things aren’t as bad as they seem?

When faced with adversity, some people exhibit a great ability for turning to laughter as a soothing balm, while others remain less able to do so. While this may be a result of differences in upbringing or genetics, I often wonder if it’s equally as much a matter of intent. Perhaps many of us simply don’t think to try to laugh, either because we’re too overwhelmed by suffering or because we think laughter in the face of suffering is inappropriate.

I’m suggesting here that it’s not. That in fact laughter is a powerful means by which we can encourage ourselves. That when confronted with setbacks, adversity, trauma, or terrible news, even if it may seem socially inappropriate, we should reach toward humor. We should try to find a way to make light of whatever circumstances make us afraid. Because if instead of focusing on the negative impact of an adverse event or experience we focus on simply laughing about it, actively and consciously pursuing a perspective that makes it funny, we just may be able to activate the most under recognized but powerful weapon we have against suffering.

7 Truths For Changing Your Life

Five Ways to Recover from a Painful Past